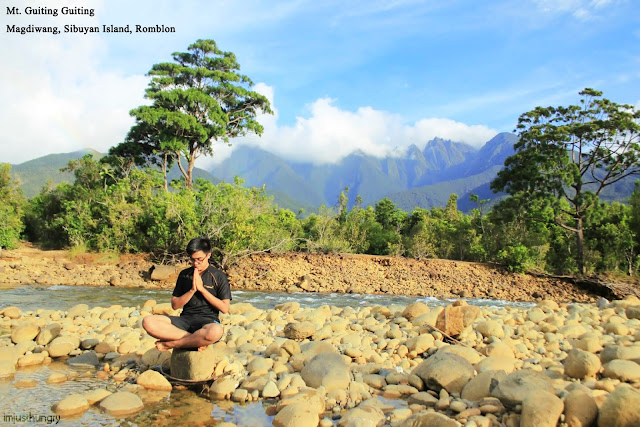 Mt. Guiting Guiting (2058 MASL)
Sibuyan Island, Romblon
Our trip has 2 purposes, to climb the 2nd hardest mountain in the Philippines and to conduct the induction of batch 22 of our organization, Mapua Institute of Technology Mountaineering Club. It was very challenging to climb Mt. Guiting Guiting or A.K.A G2, as a beginner at this sports-slash-lifestyle it was an overwhelming experience for me. Although we hadn’t reached the summit we’re still happy to experience the excitement and the fulfillment to climb G2.
Disclaimer: Not all photo’s were taken from my camera. Thank you Karlo, Martin and Jammy. 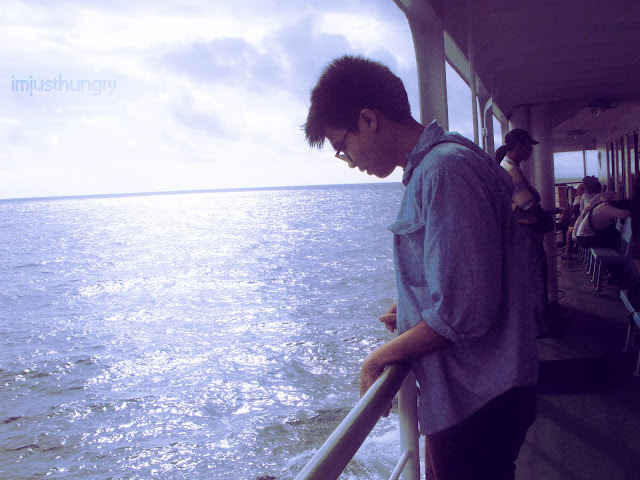 March 29, 2012. I arrived at Batangas Pier. By 5PM, we rode Ma. Xenia Montenegro Lines RORO and then arrived at Odiongan Pier 3AM or March 30 (after almost 10 hours of RORO ride!) Since there’s no available route that will directly bring us to Romblon, Romblon so we took the trip to Odiongan, Romblon. From there we rode a jeepney to San Agustin, the jeepney ride took us 3 hours. Once again I have experienced to ride the jeepney on top load, the experience was good, it was dawn so the we’re safe from the blackening rays of the sun and we enjoyed the cold wind of the province, but unfortunately we the rain pours 1 hour before we reach San Agustin good thing the guys of the jeepney has a trapal. Haha! Sobrang nanginig ako nun.
Batangas – to – Odiongan: 648PHP (RORO, Student Fair)
Pier Fare: 30PHP
Odiongan – to – San Agustin: 150PHP (Jeep)
March 30, 2012. 6AM. We reached San Agustin, from there we rode a RORO, Maria Querubin Montenegro Lines, to Sibuyan Island. There’s a stopover to Romblon, Romblon before we head to Sibuyan Island. It takes 1 hour to reach Romblon, Romblon, after 15mins the RORO will head to Sibuyan Island it will take 2 to 3 to get there. By 10AM, we reached Sibuyan Island. We took our lunch there. I found out that using plastic for packing is avoided there as much as possible one should bring their bag to pack the goods they bought, also using straws. GOOD ROMBLON! This should be implemented here in Manila and why not in the whole country that way we’ll save Mother EarthJ
We’ve decided to go to DENR to stay for the night. Then tomorrow we’ll start the trek. We had some activities for the induction rites beside the river of Sibuyan Island. The water is so clear that we can see the rocks at the depth of the river. I wasn’t aware that the river is that deep so after I jumped into it I realized that it was like 15ft or more than 15ft deep. It was my first time to swim in a river and that deep?! It was a cool experience and you can feel the current leading you away from where you jumped.
San Agustin – to – Sibuyan Island: 275PHP (RORO, Student Fair) 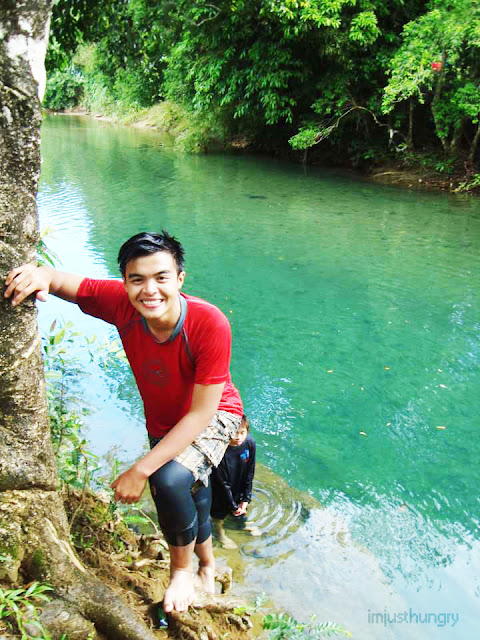 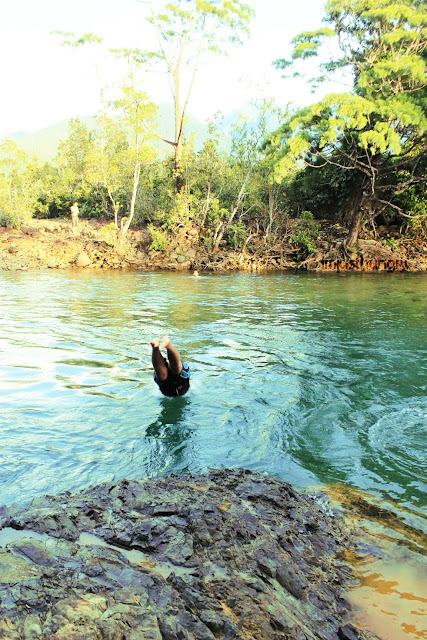 March 31, 2012. 11AM. We walked through river beds to reach Tapawan, a barrio within Sibuyan Island. Then start the trek to Camp 3 of G2. After 1 hour of trekking we reached the jump off. I was so shocked that it was just the start. Nagulat lang ako na un palang yung jump off. Nafifeel ko na ung likod ko that time because we’re carrying 6 liters of water, that just only the water my bag has clothes, jackets, food and needed kits for the climb. The pain I felt from Tapawan was worn off until we have reach Camp 2 and it takes 4 to 5 hrs of trek to go there. After 3 and something hours we reached Camp 3, although I don’t like night trekking I just have to push through the pain of the shrubs and the plants that has thorns in it that lacerates my skin. And oh BTW the from jump off to Camp 3 the trail is all assault that has mossy stones and roots on the trail and mud that is formed because of continues rain falls in the area. We pitched the tent while it’s raining, worst thing to do when climbing, this made our night colder than it should be. 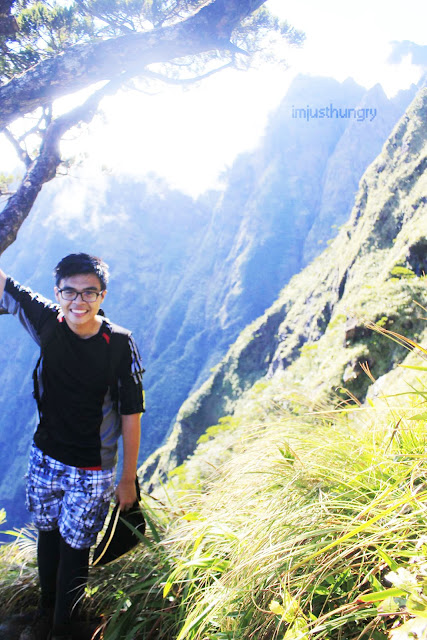 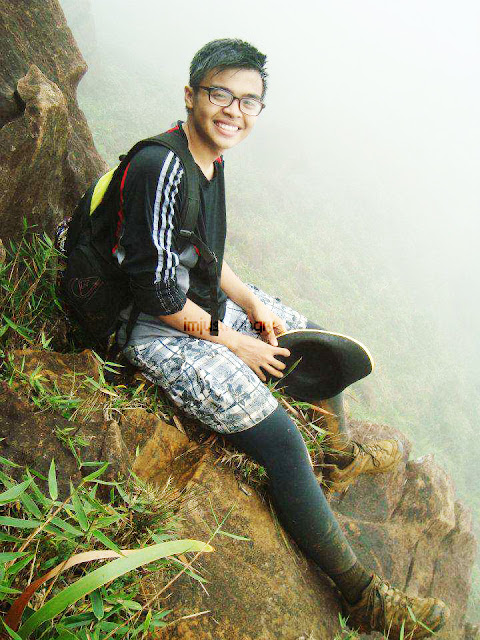 April 1, 2012. 7AM. We start the trek to summit very late. Deadma lang. We pushed our limits to reach the summit before 12. Sa knife edge palang kelangan na magingat lalo na sa kiss the wall. The stones are very sharp that you should be careful on where to step and where to hold on the rocks. I find rock climbing very fun and challenging, yung pagod nadivert sa challenge na magisip kung sang rock ipapatong ung paa at kamay. Sarap ng feeling. By 12:15 we reached Mabel’s spring, the guide told us that it would take us 3hrs of trek to reach the summit with the kind of pacing we had. So we’ve decided to stop there and eat our lunch at Mabel’s Spring. By 4PM we reached Camp 3. Then rest until 2AM because we still have to descend to G2. We start the trek by 4AM. By 10AM, we reached Mang Toto’s house in Tapawan. Mang Toto is the President of all the guides of the climbers of G2. Rest. Take a bathe. Then we head to a resort where we stay for the night.
Arpil 3, 2012. 10 AM. The Maria Querubin is about to depart from Sibuyan Island. Good thing we weren’t late. Same route, San Agustin then jeep to Odiongan. 5PM, the RORO will depart in Odiongan to Batangas. We arrived at Batangas pier by 2AM.
Sibuyan Island – to – San Agustin: 275PHP (Student fare)
Jeep to Odiongan: 150PHP
Odiongan to Batangas: 616PHP (Mabuhay class) 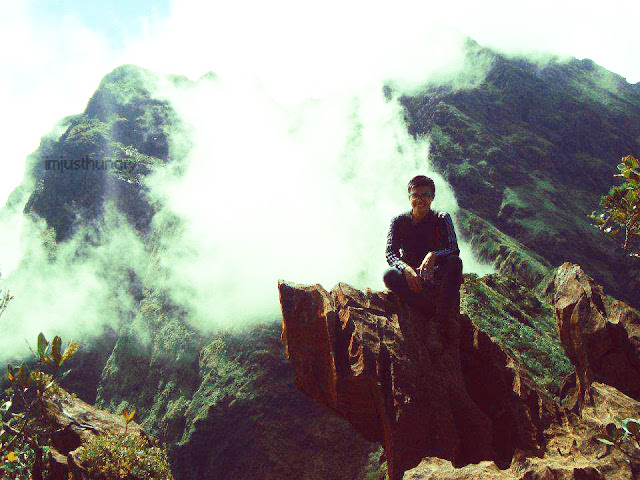 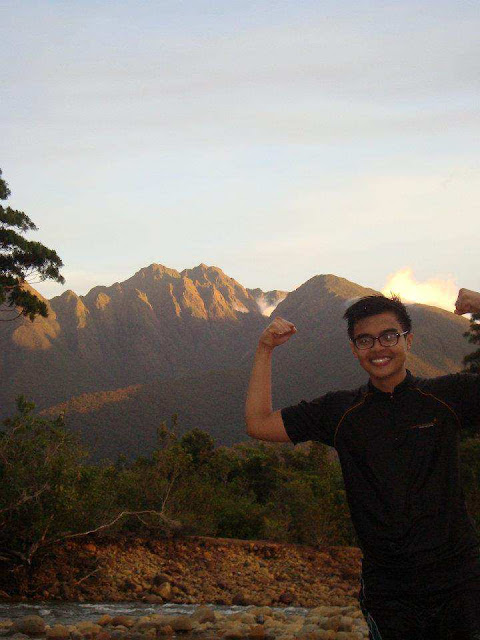 The experience is fulfilling and very extreme for me. Maybe it’s still good that we only reached Mabel’s Spring only, may babalikan pa ulit ang grupo:) I’ll be coming back here when I’m totally ready at pag hardcore climber na ako.
Tweet